The Marketplace Leaders event is intended to help marketplace leaders integrate their faith and their work. Participants will hear from experienced business leaders who will share how they face business issues as a follower of Jesus. Participants will also have the opportunity to ask specific questions of the presenter.

More About Our Speaker 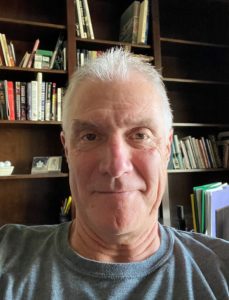 Brad has a varied and rich business background. He was raised on the farm but following his father’s passing, he moved into construction work, which eventually led to running his own concrete operation. Due to the economic downturn of the 1970s Brad moved into a variety of jobs, truck dispatcher, St. Louis Blues scout. After being, in his words, “resoundingly fired” Brad moved to Denver to pursue the woman of his dreams who he married. Following marriage Brad owned an ice arena, and then moved into transportation/logistics where he started and run a trucking line. This business grew into a full service logistics provider serving Canada and the USA. Following retirement in 2018 Brad and Tami moved from Denver to the BC interior but they have now returned to the Denver area. Brad’s parenting and sporting journey led to significant involvement in hockey coaching and cheering on his boys. Brad’s spiritual journey was highly impacted by his mother and has guided him throughout his business and sports ventures. Brad and Tami have been married 35 years and enjoy spending time with their boys Evan, his wife Carley and grandson Bennett, and their son Owen (29).